Robots are getting ever closer to providing and evoking real emotional reactions and moments of connection, but will they be taking over the world any time soon?
Robots have been a staple of science fiction and childhood dreams for over a century. But we can all breathe a sigh of relief: apparently robots are unlikely to be taking our jobs any time soon. However, they are being put to use in new and interesting ways, continuously gaining in intelligence and functionality. They will be a compelling factor in making people’s lives at home and on the road easier, creating more tailored experiences for your customers, and sparking more meaningful and emotional connections between (wo)man and machine.

With home assistants such as Alexa and the Echo gaining traction in the lives of consumers, Tēmi takes this to a whole other level. It’s autonomous navigation means that it can recognise and follow when requested. Harnessed by the power of voice, this robot has the ability to connect to friends, smart devices, video and media communications hands-free. Video shooting functions means that there is greater potential to capture moments naturally, thus improving connections with others. However when it comes to understanding and responding to humans, Tēmi is just the tip of the iceberg.

Using James A. Russell’s classification of emotions, which describes and measures emotional states along the lines of pleasure, arousal, and dominance, LG’s CLOi CareBot is able to recognise a user’s emotional state and respond accordingly with an appropriate body movement and voice pitch. It is hence no wonder that LG named CLOi its “friendly robot”, the latter ensuring that its consumer is happy and calm at all times. Technology such as this could prove invaluable in the service industry, tailoring its approach to a disgruntled customer, and never growing tired of dealing with them in the first place. 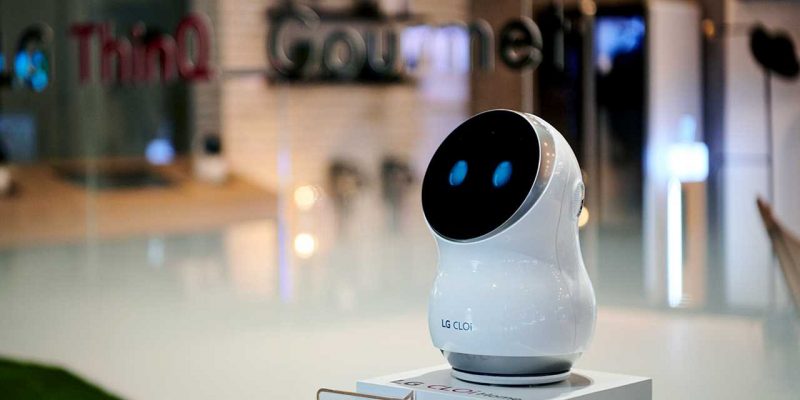 Furhat, however, is a robot that elevates this experience, both recognising a humans’ emotional state and reacting in an equally human manner. This robot can speak, listen, show emotions and maintain eye contact, displaying complex emotions with a face that can be customised and even portray its own quirks. This has been achieved by combining digital projections of a human face with a physical mask capable of portraying emotions through movement. The uses for capabilities such as these span across service industries, training staff, and even making unbiased decisions such as recruitment. Through responding in an equally human manner, this robot can turn faceless exchanges which do not provide any emotional connection into a meaningful moment, providing a consistent and guaranteed quality of service every time. Furthermore, face projections are completely customisable, enabling the robot to become adaptable to different situations and organisations. 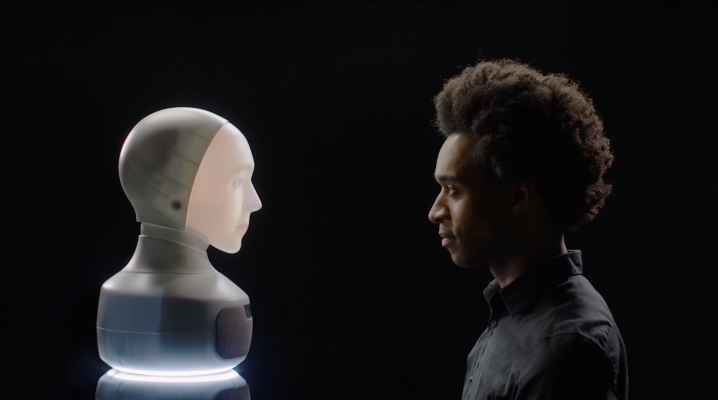 But it’s not just empathetic and logical reactions that humans are always looking for. With their mantra, “a little love can change the world”, Emotional Robotics designed Lovot, a robot, which was developed to make the human power of love even stronger through a combination of a physical and emotional response with humans. Lovot’s whole machinery is created to react to human’s emotions; with the help of its horn-shaped antenna, it recognizes our tone of voice and even us as human beings. Moreover, it knows what actions to take without being pre-programmed. Through deep machine learning, the little bot can take actions in real time, responding to us, rolling around, laughing, and even keeping eye contact. Likewise, its little sensitive body copies “skinship”, i.e. the closeness between a mother and a child. All-together, it is very difficult not to love Lovot, hence changing the habitually distant relationship between robots and humans. This evidently has huge implications to brands, chronic loneliness being a tremendous problem in westernized societies, especially with regards to the elderly or hard-working individuals in individualistic urban societies. According to a study conducted by psychologist Ellen Langer, being able to care for a plant raised elderly’s life expectancy by several years; now imagine being able to care and love a human-like robot!

With robots improving in their capability to replicate and evoke human emotion, it’s no wonder that there are those who fear that robots will soon be replacing humans, particularly in areas like the service industry where robots can cut out any uncertainties that lie within human behaviour. However, whilst these robots are incredibly sophisticated, most of them focus on doing one aspect of human emotion – be it facial expression, physical interaction or mobility. We believe that there is no need to fear robots for now when it comes to replacing humans, however when it comes to cases where humans aren’t available, such as to elderly who have little family, robots are becoming a more credible alternative than ever.

Here at Butterfly we specialise in unearthing real, complex human emotions, and whilst we don’t develop robots, we devote this natural curiosity and understanding of emotions to helping brands create meaningful solutions for people everywhere.